Asian Side of the Doc
18
Jan

Finnish director and producer, Oskari Pastila, reports on the impact of his participation at Asian Side of the Doc 2016, in Bangkok, and the completion of his documentary project “Hockey Dreams”, in coproduction with South Korea’s national television station Korean Broadcasting System (KBS).

During the pitching it became apparent that the film raises a lot of interest all around the world. We have never before have had so easy one on one meetings with the commissioning editors. Almost everyone seemed to love the concept and there is a huge interest for seeing the rough cut.

A dedicated case study will take place at Asian Side of the Doc 2018, on Thursday 1 February, 4:30pm (Plenary Room) 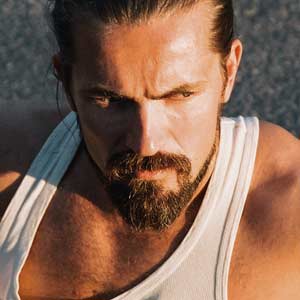 The documentary project  « Hockey Dreams » (Emerald Gate Industries Ltd and Vaski Filmi Ltd, Finland) was successfully pitched at Asian Side of the Doc 2016. What followed on from your pitch and which new partners did you attract ?

We had a really successful pitching session in Bangkok, which led us to co-produce directly with the Korean Broadcasting System (KBS, the national public broadcaster of South Korea). With that significant partnership we were not only able to raise lot of the funding of the film, but also got access to the locally filmed footage by the KBS and of course to the Asian Games in Sapporo and to the Pyeongchang Olympic Games themselves.

« Hockey Dreams » is now in post-production and will be aired on KBS for the opening of the 2018 Pyeongchang Winter Olympic Games, on February 9, 2018. How long from the first conversation about the concept to final delivery ?

The version premiered now on KBS is for their domestic market including a lot of their in-house production, so this is not the version available on international market but heavily localised two part tv-series and quite different from the final film. The film itself and international tv-version will be including the events happening in the Olympics, so the whole story has not yet been filmed yet.
We started to talk about the co-production possibility during the last years Asian Side of the Doc edition. The negotiations ended last spring into the signing of the co-production agreement.

As we live in the hectic world nowadays, the final delivery to the KBS hasn’t yet been done since the editing is still going on. But as writing this, there is still 30 days for the release, so I think we can make it in time. So altogether it took 14 months. 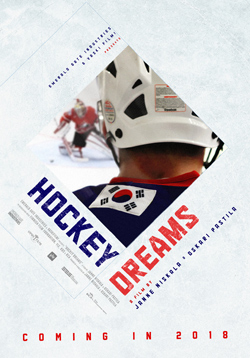 In how many countries will « Hockey Dreams » be distributed ? What makes it a story fit to travel across borders?

At the moment we have seven countries in the distribution, but we are confident that many more will come. During the pitching it became apparent that the film raises a lot of interest all around the world. We have never before have had so easy one on one meetings with the commissioning editors. Almost everyone seemed to love the concept and there is a huge interest for seeing the rough cut.
Maybe because the film has a humour, drama and it’s set up in the world of sports makes it ideal for broadcasters and festivals.

Often documentaries aren’t that entertaining and fast paced, so I guess being closer to main stream film narration helps the documentary films to reach different audiences. I think we need films like Super Size Me, Exit Through the Gift Shop and Hockey Dreams to build up the documentary film genre bigger.

From your successful record of coproducing with South Korea (Planet of Snail in 2011, Hockey Dreams in 2018), what are the challenges in entering the Asian factual market and how does Emerald Gate Industries Ltd manage to overcome them?

This is a third feature length film I’ve been working with Asian partners (8000 Miles from Hip Hop, 2015 with Taiwan). It takes a lot of time to go through the negotiations and of course the business cultures are so different, that in the beginning it was really difficult. My first co-production partner in Planet of Snail was Min-Chul Kim, whom we had become friends even before starting the collaboration, so in that way it was easier to trust your partner and enter into a co-production.

The biggest challenge in my mind is to find the right project to work with. It has to topic/issue wise to touch you, but also the cinematic approach must somehow be similar in the way you are doing your films to your audiences. Both of those have to meet and when they do, then another issue comes in, which is money. We in Europe have quite a lot of different documentary funding opportunities unlike many of our Asian colleagues. And how do you balance this difference in a co-production often requires lot of creativity and work.

What’s the next story you’re working on?

I’m working as a producer with Suvi West’s new film Forgotten People, now in development. The film portraits the indigenous people of Sámi living in Northern Finland.  And I’ve also involved in a Eurodoc project The Boss, a film by Kuangchong Yu. The film is set up in Sanya, China, and tells a story of a man who wants to become rich no matter what the cost.

What advice would you share with European producers looking for financing/coproduction partners in Asia?

When you think you find the right partner to work with, be open minded, take a lot time to get to know the people and it doesn’t hurt to learn some basic information about the business culture of your potential partner’s home territory. After you understand how the negotiation culture works, it is so much easier to understand obstacles, avoid misunderstandings and to anticipate how the process of the negotiations is possibly going to go. Instead of trying to push your ideas through the same way you do with your western partners, it might be more fruitful to learn something about the culture and the way things are done in that particular region. After all everything is about communication and even though we all might want the same result, the way we try to achieve it could be very different.