Asian Side of the Doc
9
Jan

Generation What Asia-Pacific, a global campaign in the making

Back in October 2016, at the previous edition of Asian Side of the Doc in Bangkok, the international trans-media project Generation What? announced its arrival in Asia-Pacific. In partnership with Asia-Pacific Broadcasting Union (ABU) and UNESCO, the campaign’s co-founders, Yami 2 and Upian, met with backers and broadcasters from Japan, South Korea, Thailand, Australia…. who were all ready to join in the adventure.

Working in partnership with 15 European broadcasters and coordinated by the EBU, Generation What? Europe (www.generationwhat.eu) has reached more than a million young people in Europe. So what’s going on with the project in Asia-Pacific? Producer and director Christophe Nick from Yami 2 is here to tell us more and will also be joining us at Asian Side of the Doc 2018. 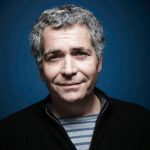 With the 3rd Steering Group at Asian Side of the Doc 2018, we’re moving fully towards the reverse planning of content production, by preparing castings and film shoots for the video modules, preparing each website’s back-office delivery, creating translations in all the different languages, choosing a sociologist – the whole lot country by country.

What are the objectives of the 3rd Steering Group Meeting for Generation What? Asia-Pacific (GWAP) organised by ABU during Asian Side of the Doc 2018?

At UNESCO’s offices in Bangkok, our first aim was to bring together all the broadcasters concerned, to familiarise them with the project and to decide on a roadmap and a realistic schedule for each TV station. Each broadcaster had appointed their own project manager, who in turn entered into the wonderful world of trans-media for the very first time. And to be honest, it’s not so easy when you’re first starting out!

The second step was an important one, which took place in October 2017 in Kuala Lumpur. The aim was to have an agreed set of questions for the Asia-Pacific region. On one hand, we had the European version, and on the other, we had a version whereby around 20 questions had been modified by broadcasters from the Arab world for the Arabic version. We had to compare the differences and incorporate questions specific to the region. Two days was just enough time to get everything done, although a little more time would have been handy.

The 3rd Steering Group Meeting is aiming to prepare for going into production. The Japanese from NHK have already started, as they absolutely must launch the campaign in April 2018. Other broadcasters from the region will launch the programme in September 2018. With the 3rd Steering Group, we’re moving fully towards the reverse planning of content production, by preparing castings and film shoots for the video modules, preparing each website’s back-office delivery, creating translations in all the different languages, choosing a sociologist – the whole lot country by country. This autumn, one of the central issues we faced was the coordination between the Arab and European sociologists. So now we can get stuck into the nitty-gritty on every level of the project.

A 4th Steering Group should take place before the summer. The main focus will be to work together on launching the project throughout the whole of Asia, including working on partnerships, marketing, communications, TV content…. It’s the last stage before blast off!

To date, which broadcasters are involved in the GWAP project?

The original core group represent those who attended the first Steering Group. This includes:

The next layer features those broadcasters who are in the stages of finalising their commitment: ABC in Australia, and TVNZ and Maori TV in New Zealand.

Finally, the outer circle includes those broadcasters who have expressed an interest in joining, but who have not yet signed up by sending a Letter of Interest to ABU. I cannot name the broadcasters belonging to these countries, as this remains confidential. But what I can say is, is that we’re working in Malaysia, Vietnam, Kazakhstan, Turkey, South Korea, Hong Kong, Singapore and China. India remains a special case.
Of course, the list isn’t final. Any country or broadcaster that wishes to join the consortium still has plenty of time to do so!

What are the next stages planned for launching the project’s production phase in April 2018?

We’ve got a huge task of finalising the fundraising with UNESCO. Likewise, we’ve got a lot of legal work to do with ABU and all the broadcasters. Incidentally, thanks to NHK for helping us make inroads during a week-long trip to Tokyo at the end of September. The various teams at Upian are then going to gather momentum for the hub production, which will allow all the broadcasters to inter-connect their websites.

At Yami 2, we’re getting ready to coordinate the editing and translation of the video modules, and the editing of the 21 different compilations. The two teams are pretty well established now. Everyone in Paris is working on the launch for the eight Arab world countries set for March 2018. And then as from April 2018, everything will gradually follow on from there.

When it comes to documentary making at Yami2, international cooperation is part of your DNA. What new, trans-national, collaborative opportunities can you offer Asian industry professionals attending Asian Side of the Doc 2018?

At the last Sunny Side of the Doc in La Rochelle, we outlined a new offer in partnership with Arte and NHK as part of Generation What. This time round in Bangkok, we want to go even further, and raise awareness amongst the region’s broadcasters of this new project. Basically, we want to top off the Generation What campaign by organising The Weekend, a special line-up adapted to each broadcaster whereby the full version will last 53 hours.

Come June 2020, we’ll be telling viewers worldwide: now, if you want to know what the 21st century is going to look like, it’s time to listen to those who are going to make things happen, namely, the millennials. The generation gap is just as wide as it was in the 60s with the baby boomers. However, this time, instead of going to Woodstock to find out what’s going on, we’re simply asking viewers to turn on their TVs one weekend and watch. One Friday night from 7.30pm until the end of the following Sunday night, broadcasters will simultaneously hand over the screen time to the generation in question. All programmes will be made and produced by millennials. Using the global results from Generation What, we’re going to leave them to produce a portrait of their generation. They’ll tell us and show us what they like and hope for, and also what they no longer want and disapprove of. They’ll talk about their private lives, their relationships with other generations and their view of the world. There’ll be really ambitious documentaries, games and the biggest concert ever to be held, plus they’re going to draw up a manifesto addressed to world leaders – and the whole lot will of course be created using trans-media, web and TV combined.

We’re working with our friends at Films of Record between London, Paris and Tokyo, so we can present our first rough outline of programmes at Asian Side of the Doc. All of this is done with the idea that Generation What will have launched in Africa and the Americas by 2019. That way, come 2020, the campaign will have covered the five continents, and with more than 50 broadcasters involved. We want all of them to get on board for this truly, completely crazy finale.