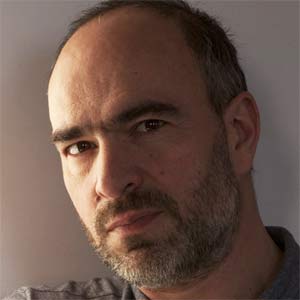 BACHIBOUZOUK is a production company established in 2015 by Laurent Duret. After graduating from ESRA, Laurent Duret began his professional career as a documentary director and production manager for Agat Films, Les Films d’Ici, Les Films à Lou, Image & Cie, Idéale Audience and Cargo Films among others. In 1998 he won the scriptwriting prize from the Hachette Foundation and the Emergence prize in 1999.

Since 2007 he has produced or co-produced numerous documentaries for Les Films d’Ici including “Turn Me On” by Marc Huraux and “Banana Kids” by Xia- oxing Cheng (2007), “Astroboy in Roboland” by Marc Caro (2008), “The Wild Life of Domestic Animals” by Dominique Garing (2009), “Lhamo, The Little Himalayan Girl” by Djana Schmidt, and “Hip- hop, The Furious Force Of Ryhmes” by Joshua Little Atesh (2010).

In 2012, he created Les Films d’Ici 2, with some partners, and produced “Fabienne Verdier: painting the moment” and “Elvis Costello: mystery dance” by Mark Kidel, “Nestlé, an Empire in Africa” by Judith Rueff , “Joséphine”, by Djana Schmidt, and “14, Dairies Of the Great War”, the international TV series of 8×52’ docudrama by Jan Peter and he created a collection of economic documentaries “Deciphering” (7×75’).

All session by Laurent Duret

Workshop: Fit for the Future, Interactivity in Reality