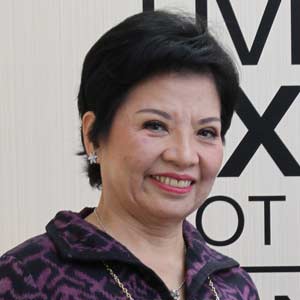 Professional executive with more than 20 years of experience in banking, and media  industry.

In October 2016, Artine S. Utomo joined as President Director of RTV (Rajawali TV) an Indonesian Terrestrial National Network TV. Prior to joining RTV, She was the Content Director of Orange TV, a national Pay-TV platform (2012-2016). She has been involved in Venture Capital Fund Industry since 2010 and still serving as an Advisor to Digital Media Partners, Singapore. She served as Chief Executive Officer of PT Cipta TPI, one of top five national Terrestrial TV stations (2003 – 2009).

She obtained her Master degree from London Business School, UK and her Bachelor degree in Accounting from Trisaksi University, Indonesia.

All session by Artine S. Utomo

Panel: ASEAN – What does the market want?