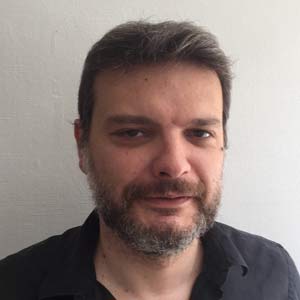 Alexandre is the CTO of Neotopy. Making his way in cinema and the TV industry for almost 25 years, Alexandre has collaborated in implementing the VR missions of SYLICONE, a leading French company in drama series post production, and has supported the development of the Neotopy VR Studio.

He is also a VR effects specialist on “After Effects”, which includes the whole Adobe suite. His speciality is to emphasise cinematic VR post-production workflows.

Alexandre is also referred to as a VR Evangelist, as he places high on his agenda (the mission of) sharing his passion with the largest audience possible.

All session by Alexandre Regeffe