Asian Side of the Doc | France 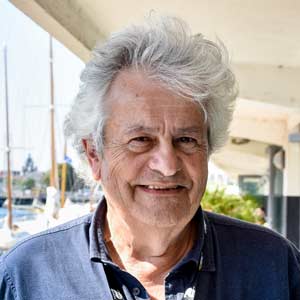 Asian Side of the Doc | France
C.E.O, Sunny Side Markets
https://asiansideofthedoc.com/

He co-founded and was General Director of the French production company Les Films d’Ici from 1984 to 2000. He then became Director of documentaries of Pathé Televisions (2000-2001) before heading the Documentary Unit of France 2 (2001-2005) and producing documentaries within Telfrance Group (2006 to 2010). His producers’ credits include award-winning films such as “Murder on a Sunday Morning” (Oscars®2002).

His long and rich experience of the documentary film production in the international marketplace have allowed him to establish a global professional network in factual programming.

He regularly shares his thorough knowledge of the documentary market as a trainer in different training initiatives conceived to reinforce his longtime mission of encouraging high quality international co-productions, supporting the professionalization of filmmakers and producers in China, Thailand, Brazil, Czech Republic and South Korea.

All session by Yves Jeanneau