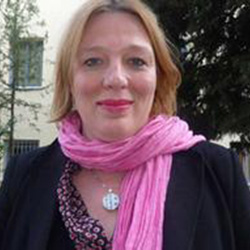 She has worked as a journalist, editor, documentary filmmaker and producer for national and international radio and TV channels, mainly for ARD, ZDF, DW-TV and the German-French cultural channel ARTE.
In 2007, Maren produced the ARTE/ ARD Documentary-Series about the magic hippie trail to Kathmandu in the late sixties and in 2008 she produced a worldwide broadcasted series about the Myths of German Design for Deutsche Welle TV.

From 2008 until 2009, Maren Niemeyer was a Commissioning Editor for the Documentary Film department of NDR / ARTE.

All session by Maren Niemeyer