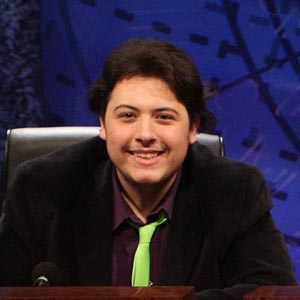 Curtis Gallant honed his strong analytical skills studying classics at Cambridge and history at UCL. He has always had a keen interest in documentaries and acquiring new knowledge. As such, he was very keen to work for Whicker’s World Foundation as Jane Ray’s researcher and was instrumental in helping to launch the foundation. His passion for trivia has taken him to international quiz tournaments and he even corrected Jeremy Paxman on University Challenge (although that particular question mysteriously failed to make the edit). Curtis is also working as a researcher on Mike Thomson’s forthcoming book Syria’s Secret Library.

Company profile: Whicker’s World Foundation was formed as the legacy of pioneering documentary maker Alan Whicker. Every year we offer over £100,000 to recognise and fund documentaries which would otherwise not have been made.

Job Description: I have worked for Whicker’s World Foundation since its launch, performing a wide variety of roles. Among these are organising events, running the website, social media, and attending festivals.

All session by Curtis Gallant